Where Is Aaron Hernandez’s $9 Million? 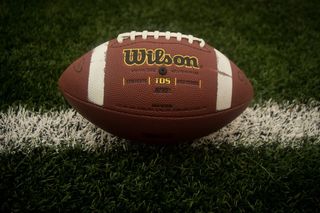 Hernandez put millions of dollars in an irrevocable trust.

It appears that Aaron Hernandez, who committed suicide while in prison, might have placed money in an irrevocable trust for the benefit of his daughter. However, concerns of fraud have come to light, according to Yahoo! Sports in "Report: Aaron Hernandez may have hidden money in trust, before his death."

Hernandez of the New England Patriots suffered from an advanced case of CTE, a debilitating brain injury common in football players.

When he was arrested for the murder of Odin Lloyd, the Patriots paid him $9 million as required under the terms of his contract.

Hernandez was subsequently convicted of the crime and committed suicide in prison. Lloyd's family has been trying to get damages out of Hernandez's estate.

However, there is a problem because the estate is already underwater.

It owes more money than it has in assets. However, what happened to the $9 million? It has not been accounted for.

Assets placed in an irrevocable trust are usually shielded from creditors, including the Lloyd family. However, if the assets were put in the trust for the specific purpose of defrauding known creditors, then the trust could be dissolved.

That makes it important to know when Hernandez created the trust and what assets were put into it.

Reference: Yahoo! Sports (Nov. 28, 2017) "Report: Aaron Hernandez may have hidden money in trust, before his death."