« Location Can Make a Big Difference in Retirement | Main | Large Transfer of U.S. Farmland on the Horizon »

Looking at the Reality of Retirement Expenditures 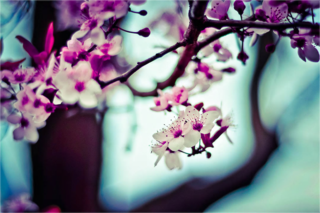 What is the 4% rule and is it really a good plan to follow?

Deciding how much money you need for retirement is never easy and usually depends on your plans for those years. However, it may be helpful to take a look at the various myths that have accumulated over the years, according to The New York Times in “The Myth of Steady Retirement Spending, and Why Reality May Cost Less.”

Sooner or later they learn about the 4% rule, a popular rule that says if you invest in a mix of 40% bonds and 60% stocks, your retirement will be fine if you just spend 4% of your savings every year. Your nest egg will stay intact, and you will be financially fine for three decades. That’s assuming you retire at age 65 with $1 million and you withdraw $40,000 every year until you run out of money at age 95. It also assumes that you’ll supplement your own retirement savings with money from Social Security and any other income sources. If you need any more than that, cut your spending or keep working.

Could it be that simple? No, not really.

The truth is, retirees don’t always spend the same amount of money every single year. Having to keep working for several years after you would have liked to retire, just so you can get to that magic $1 million number may not be necessary for everyone.

Some retirees find that they spend a lot more in the early years of their retirement. They may need to help their own aging parents, or adult children. Others spend big on travel, seeing the world while they still have their health and mobility. However, those expenses usually slow down as we age.

There are different phases of spending in retirement, just as there are different phases of spending in your younger years. Statistics from the Bureau of Labor Statistics confirm this spending decline. The mean spending for households headed by people ages 55 to 64 in 2017 was $65,000. For those between the ages of 65 to 74, spending declined to $55,000. After 75, it dropped to $42,000. That is with housing costs remaining the same and health care costs increasing. The categories of entertainment, transportation, clothing, food and drink all dropped.

A study by Morningstar contends that retirement spending resembles a smile: starting off high, then declining, then increasing towards the end of life. The increases at the end of life are directly related to health care costs. However, generally speaking, retirees in their 70s and 80s tend to spend less.

Whether you follow the 4% rule are not, there are always unexpected costs to be considered in retirement. Your retirement may last more than two or three decades.

Reference: The New York Times (Nov. 29, 2018) “The Myth of Steady Retirement Spending, and Why Reality May Cost Less”