Supporting Favorite Causes in Your Will or Trust - (Endangered Species Day) 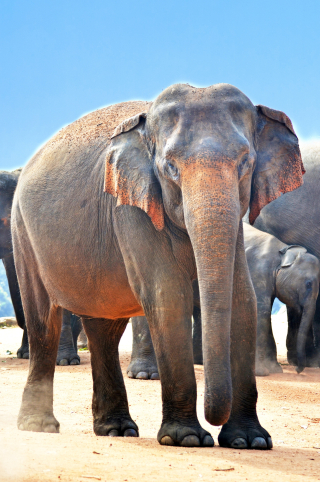 Today, May 17, is Endangered Species Day.  It is incredible to reflect on the fact that so many species of animals are so close to becoming extinct particularly when the causes involve purely selfish human activities such as poaching, trafficking in animal body parts, the ruination of habitat, and the broader impact of climate change.

This Newsweek article provides a list of critically endangered species and suggestions for what we can do to protect them compiled from information gathered by WWF and the Endangered Species Coalition. ENDANGERED SPECIES DAY 2019: LIST OF MOST THREATENED ANIMALS AND PLANTS IN THE U.S. AND WORLD.

Suggestions include direct actions regarding recycling and choosing to use alternatives to herbicides and pesticides.  But of course, another option is to provide financial support.

Clients often express their wish that they could support their favorites causes followed by comments indicating their concern that they can’t give right now. They are afraid of running out of money later or of depriving their kids of their inheritance.

This is when we talk to them about how they can provide for charities in their estate plan.  Gifts can be structured in a variety of ways.  If an outright gift of a specific amount doesn’t appeal to them, they might consider whether they have highly appreciated assets or IRAs that might be left to charity in order to avoid some significant tax hits.  Or, they can specify a percentage of the trust or estate that should be distributed to the charity.  They can even make the gift contingent on whether the total value of their trust or estate exceeds a certain amount.

Not everyone has a favorite cause that they would love to support.  But if they do, there is probably a good way to make it happen.

Reference: Newsweek (May 17, 2019) ENDANGERED SPECIES DAY 2019: LIST OF MOST THREATENED ANIMALS AND PLANTS IN THE U.S. AND WORLD.